HARDWELL & ASIAN POP QUEEN JOLIN TSAI RELEASE ‘WE ARE ONE’

HARDWELL & ASIAN POP QUEEN JOLIN TSAI RELEASE ‘WE ARE ONE’ 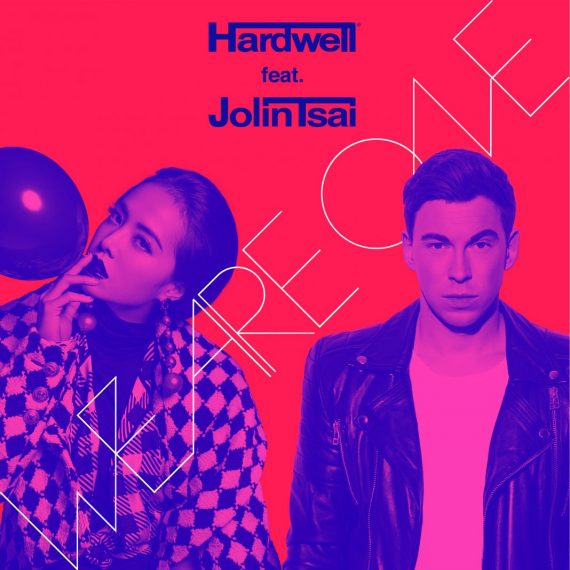 One of electronic music’s biggest and most watched stars Hardwell has teamed up with one of Asia’s biggest pop sensations Jolin Tsai for a white-hot new release titled ‘We Are One’. As part of this highly anticipated studio release, the duo has partnered with China’s biggest mobile operating China Mobile Cooperation who have made the record available to its 800 million subscribers as a first listen premiere of an enormous pop-meets-dance collaboration. Early support for ‘We Are One’ has already put the single at #1 in the Taiwanese iTunes chart and on the Chinese download platforms QQ and Kuwa – which is an impressive feat for an English speaking dance record.

Released through Universal Music, this exclusive version of ‘We Are One’ for the Asian region puts Hardwell right back in trademark territory with energetic melodic builds, distinctive Hardwell flavoured beats and plenty of drive to ignite the largest of festival mainstages. Jolin’s voice on the top line brings a unique pop zest that will embed itself in your head proving it’s catchy, and almost certainly ageless, quality.  An alternative version will be coming soon via Revealed Recordings on a forthcoming Hardwell EP.

The global footprint that Dutch electronic artist Hardwell has imprinted on the world over the past 10+ years is one of staggering scale. Twice voted #1 DJ in the World, his music has scaled charts across the world and his online presence is one of impressive proportion with over 8.7 million ‘likes’ on Facebook, more than 5 million followers on Twitter, 4.6 million followers on Instagram and in excess of 721 million views on his YouTube channel.

His collaborative partner has an equally impressive profile herself. Jolin has become one of Asia’s biggest selling artists and has been cited by many as the “Asian Madonna” with over 25 million record sales to date. With over 37 million followers on Weibo (one of China’s leading social media platforms) and 2.3 million followers on Instagram, Jolin also boasts having had over 100 million downloads on her songs – giving her the highest record sales for an Asia female pop singer.

From being the first artist to release a single via Shazam to being the first DJ to launch his own Facebook Messenger Bot, this new partnership with China Mobile once more aligns Hardwell with a tech giant and demonstrates his clear drive to push the boundaries of how his music reaches his fan base. With a large number of Hardwell’s fans in the region being active China Mobile users, this exclusive partnership creates a dynamic new way for his fans to enjoy his music.

Talking about the partnership Hardwell said: “Anyone who follows my career knows I’ve always tried to find new and cool ways to release my music. I’ve being touring Asia for many years now, both as a festival headliner and with my new Macau residency, I’ve also brought along my Revealed Recordings crew to hold down a residency in Guangzhou.  Asia is one of the most exciting, emerging markets on the planet for dance music right now! Working with Jolin on this record was a great experience and we wanted to find a way to deliver it to the fans in a unique way. Joining forces with China Mobile opens up a direct doorway to many of Jolin’s and my Asian fans so it felt the perfect opportunity for us to bring our world’s together on ‘We Are One’ and deliver some fresh new music to millions of fans!”