Ultimately CuntyBeats is a DANCE MUSIC ANARCHIST but a HOUSE MUSIC VIGILANTE!

Just in time for Black Friday! “The Community Of Hope (They Are Going to Put A Walmart Here)”.

Cuntybeats: The name comes from an outer-body experience I had on a dance floor. I understand that the word “cunty” is a very divisive word that can be equally empowering & derogatory BUT by placing the two words together- cunty + beats – I created a name, not a word, that is devoid of meaning. this doesn’t mean the name isn’t still a powerful word that could be interpreted as politically incorrect but that is not my intention. as a celibate, queer, non-binary, demisexual individual, I am CuntyBeats.

I would describe my sound Plunderphonic House Music. Plunderphonics was coined by composer John Oswald in 1985 in his essay Audio Piracy as a Compositional Prerogative. Plunderphonics is any music made by taking one or more existing audio recordings and altering them in some way to make a new composition. I have taken this concept & placed my own unique spin on it to incorporate sound-art into dance music. Ultimately CuntyBeats is a DANCE MUSIC ANARCHIST but a HOUSE MUSIC VIGILANTE!

Each song I choose to remix, is considered to be a “hit song” and the public has already projected their own thoughts, feelings & emotions onto the song when it was originally released & now the songs sit, metaphorically, on digital shelves in itunes as archives of past memories. at first I take songs & altered them with a minimalistic plunderphonic approach because I want the listener to still be able to identify the song in the remix. even though this all sounds heady I really just wanted to make songs that the listener will want to dance to.

Tell us about your latest track:

The Hope Six Demolition Project is the latest album from PJ Harvey and when I watched the video for “Community Of Hope” I knew I wanted to do a Plunderphonic remix of the song. More precisely it was when I heard the refrain “They’re gonna put a Walmart here” that it equally spoke to me about hope and despair. As well it was beautifully illustrated by Director Seamus Murphy in the music video for the song when Michael Scott, music minister at the Union Temple Baptist Church in Southeast Washington, and his choir sang the refrain that inspired me to do this remix.

I also directed a music video for my version of the song. Inspired by a series of videos created by graffiti artist Kidult, I took found footage and combined it with graphics that juxtaposed the reality of materialism.

CuntyBeats wanted to express his thoughts in this mini-essay:

WALMART WALK AWAY
What happens when something Walmart comes your way? One of the most universally recognized brand names in the world today, started in 1962 by Sam Walton (and still privately owned by the Walton heirs), as of March 31, 2016, the discount retailer was operating 11,527 stores and associated brands in 28 countries. The family-owned business has held the title of “the world’s largest company” by revenue and one of the most valuable companies in the world, according to the Fortune Global 500 list in 2014, and is one of the biggest private employers in the global economy, with some 2.2 million employees.

But beneath the everyday low prices, lurks an unfeeling corporate modus operandi, a business model which is reliant and perpetuates itself based upon the lowest possible wages, high employee turnover and little to no job security for its labour force. Walmart, in short, is anti-worker. It is Atlas Shrugged to The Communist Manifesto, The Prince to The Rights of Man. Walmart is a corporate crusader. It sets up shop in small towns throughout North America, systematically edging out local businesses, monopolizing local employment opportunities, aggressively quelling any attempts at unionization and worker self-determination. Not to mention the ecological repercussions of having a Walmart in your community. Walmart is a roving environmental disaster. A purveyor of industrially farmed meats and produce, a relentless broker of all things non-biodegradable, a humming, halogen-lit reminder of the inevitable victory of complete globalization and the death of all things local; a steadfast blue, white and yellow homage to the Americanization and corporatization of the biosphere.

Walmart is the reason for landfills; the reason there is an island of plastic refuse the size of Texas circling around the gyres of the Pacific ocean; the reason the air in Beijing isn’t safe to breathe. The fate of the traditional, the locally sourced, the small-scale, anything with character and charm, a sense of the eclectic and originality, all hangs in the balance when Walmart sinks its claws into a municipality. Walmart feeds off the economic destruction of local communities, and in turn, forces the community to feed off of it. 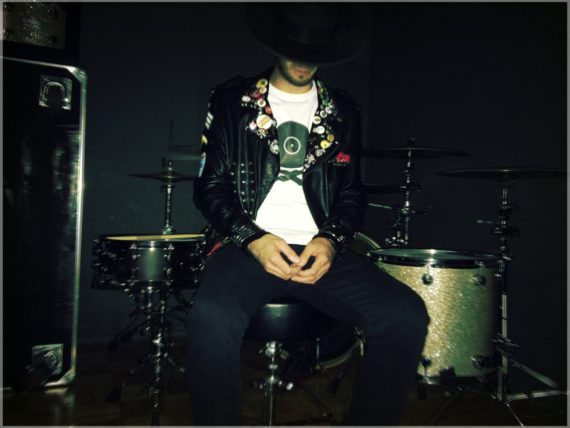 CuntyBeats was born from the loins of House of Bumpa on the dancefloor of the (original) afterhours club Comfort Zone in Toronto, Canada. CuntyBeats brings Punk ethics and a DIY attitude to dance music. They consider themselves a dance music anarchist & house music vigilant.

CuntyBeats main focus is as a Producer & DJ. They use the theory of PLUNDERPHONICS in their original music, remixes, & bootlegs. As a Sound Artist, CuntyBeats examines the use of repetition in house music and uses repetition as their main theory in there sound collages. CuntyBeats also works as a Visual Artist and uses mix-mediums in his paintings & photography & prefers to use floor to floor canvases & prints large scale photographs.

Most importantly, CuntyBeats is a performer. They combine multi-media to all the shows so that is a visual and auditory experience. CuntyBeats can command a stage at festivals, “werk” a dancefloor at a night-club but feels most comfortable spinning tunes all night long (& morning) at an afterhour’s club.

The post CUNTYBEATS : The Community Of Hope (They Are Going To Put A Walmart Here) appeared first on Hammarica.